When we arrived in Krabi Bus Terminal very early in the morning the first place we look for was the tourist information center, which later we found out that it’s actually a travel agency. There we were informed about many tour packages and accommodation that suit our budget and duration of stay. So after discussing with the staff there, we decided to take a modest accommodation in Ao Nang beach (a Kuta/Seminyak-like area) and 3 full fledged tour packages to different places around the area.

So here we goes….

The tour consisted of boat trip to several islands near Ao Nang beach. We were on board of a traditional fishing boat that brought us to Tup island (where we landed on 3 different islands that are connected by a line of white sandy beach in the middle of the sea, the place is also called “Unseen in Thailand”), Chicken island (where we can go snorkeling), Poda island (where we had lunch that was provided by the tour), and Phranang island (where we can go to a cave, that until now I still don’t know what has made the cave so special). So far, the view can ‘wow’ us… 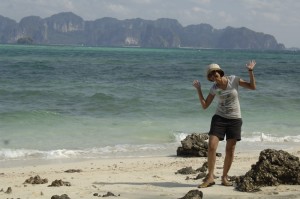 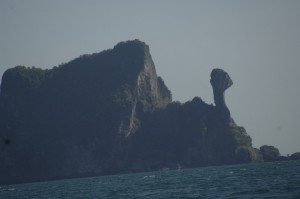 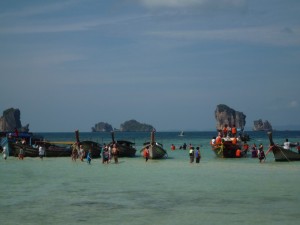 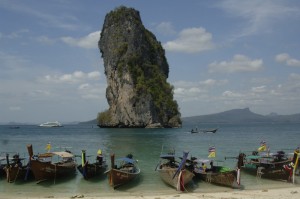 The must-see place here is Maya Beach. The place became famous after it is used for the movie making, The Beach, starred by Leonardo Dicaprio several years ago. Again the white soft sandy beach welcomed us as our speed boat arrived at the beach. Then we went to other islands with their hidden beaches and lagoon. Beautiful!! 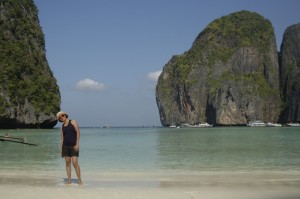 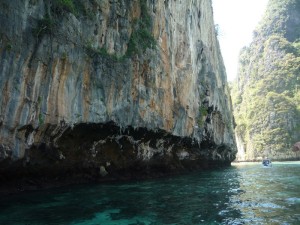 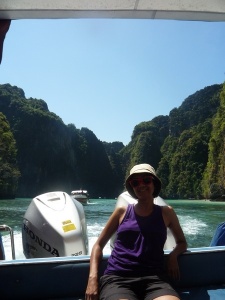 This day we did a little bit sport. Yes, we went kayaking on the river going to a mangroves forests and canyon. This place is a monkey sanctuary which also hosts a good quality of mangroves forests. Although it needed a bit practice on how to control the kayak, but so far we can manage it. Well done and satisfied! 🙂 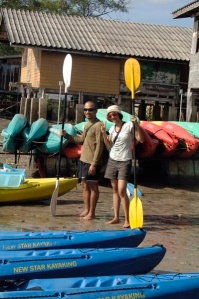 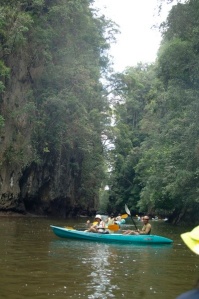 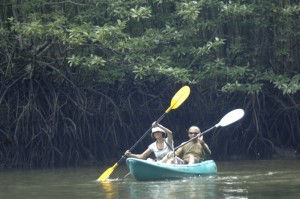 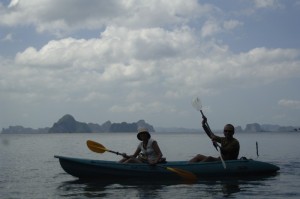 View all posts by yaya